Ansible Advanced - Speed UP Playbook Run with async and polling 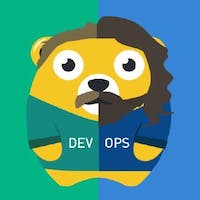 By design Ansible runs tasks one after other, which keeps the connection to the remote node open until the current running task is completed. And because of this behavior all the subsequent tasks will be blocked. That's not the ideal situation for a DevOps engineer when he run a playbook containing some tasks which takes longer to complete than the SSH session is allowed for. That will eventually cause a timeout.

Few examples of such tasks are -

The solution to this situation is - Ansible's Asynchronous mode.

What is Asynchronous mode?

Asynchronous mode allows us to control the playbook execution flow by defining how long-running tasks completes their execution.

To enable Asynchronous mode within Ansible playbook we need to use few parameters such as async, poll.

async - async keyword's value indicates the total time allowed to complete the task. Once that time is over the task will be marked as completed irrespective of the end result. Along with this async also sends the task in the background which can be verified later on its final execution status.

poll - poll keyword allows us to track the status of the job which was invoked by async and running in the background. Its value decides how frequent it would check if the background task is completed or not.

The Poll keyword is auto-enabled whenever you use async and it has a default value as 10 seconds.

When you use poll parameter's value set to positive Ansible will avoid connection timeouts but will still block the next task in your playbook, waiting until the async task either completes, fails or times out.

Enough of theory :) It's time to get our hands dirty!

Here is my example playbook. I am updating packages on worker nodes and you know this process takes longer. Ansible will wait for 180 seconds for this task to get completed. async will send the task into background and keeps checking for its status every 10 seconds as set by poll value.

Let us execute the playbook.

The first task failed because the task did not complete within the requested time by async which was 180 seconds.

Let me increase poll value to 300 seconds and execute the playbook again.

The warning in pink color is because I am using command module to run yum update instead of using yum module itself in first task.

You can use the below code instead the above to avoid that.

Example 2 - Fire and Forget with poll: 0

As I mentioned above that setting poll value to positive Ansible blocks the next task in your playbook.

To avoid that and continue with our next tasks we can set poll value to 0. This is called Fire and Forget way of running playbooks.

Let us execute the playbook with -v option so that we can see the Job ID of first task to check its status later.

You can see from above output that without waiting for the first task to complete Ansible has straightaway ran the second task.

Now let us check the status of first task on both the worker nodes.

If you get error message like could not find job. Then make sure if job was run as become, so should be an async_status. If you try to run async_status for become job without adding become to async_status module, it will fail with this message.

aync_status module can be used within the playbook as well.

Here is our playbook.

Let us execute the playbook. 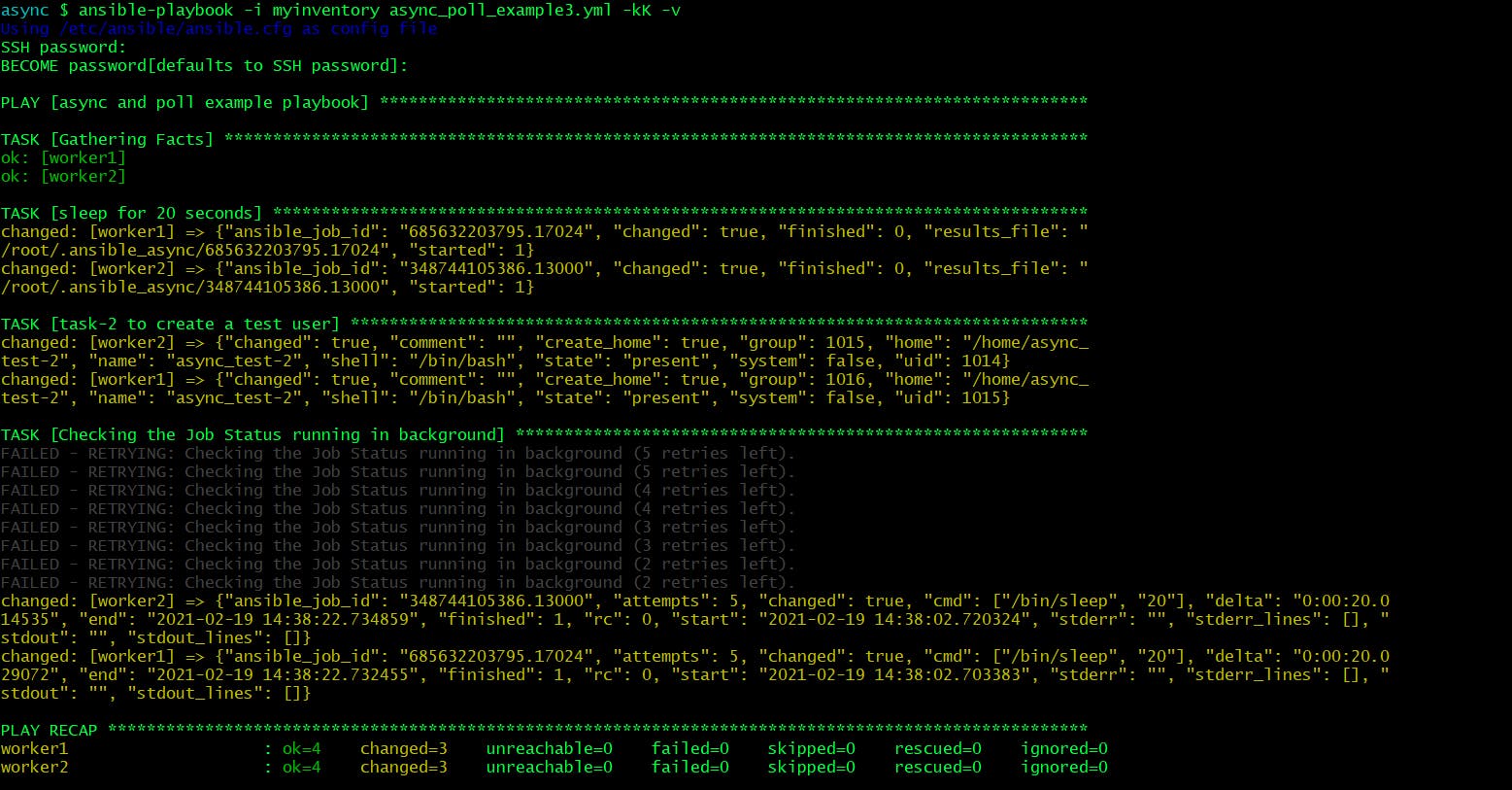 That's all for this article now.