Git all-in-one cheat sheet: A collection of the most useful git commands 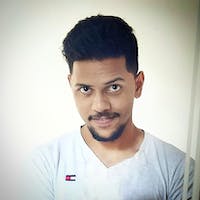 Git is one of the most popular version control systems available. Created by Linus Torvalds to manage the Linux source code, it's now used by millions of projects across all languages.

Trying to remember all those commands to perform common git tasks can be a bit of a nightmare, so we've created this All-in-one Git cheat sheet of the most common as well as advanced git commands.

So, you can print it out as a quick reference to have at your desk or, you can download the pdf attached below.

In case, accidently you've pushed any sensitive information to your GitHub repository like your SECRET_KEY, API_KE, PASSWORDS or .env files, even after deleting it from GitHub repo the information remains visible in previous commits. So, in that case it's better to delete all your commit history rather than deleing the whole repo.

Deleting the .git folder may cause problems in our git repository. If we want to delete all of our commits history, but keep the code in its current state, try this:

Also, make sure to subscribe our newsletter on blog.learncodeonline.in and never miss any upcoming articles related to programming just like this one.

I hope this post will help you in your journey. Keep learning!

My LinkedIn and GitHub .