Of course, we all love some spicy and unknown secrets, especially if they are related to the famous video games. Well, yep, you all gamers are going to be enthralled at the end of this post. Because we have few rarely unknown formation and naming secrets of your all-time favorite games.

We can assure you guys, that you have played these games in your childhood numerous times and some of you might be still playing these games. But, still, you have never got to know these secrets. So, let’s don’t waste any more time and read out some cool secrets.

Well, our mustachioed and fluffy superhero was called “Jumpman” earlier in Japan. But, when Nintendo of America plans to introduce this game to the American people, then they want to change its name. And, while the company was mulling over the new name, one day suddenly company’s landlord barged into the office and starts demanding rent.

The landlord’s name was Mario Segale, and like this, he became the face of American Nintendo.

The success of Final Fantasy

Final Fantasy is one of the amazing role-playing game till date. But, according to his maker

Hironobu Sakaguchi, he named game Final Fantasy because, after this game, he wants to stop designing video games. As his company was barely floating and thus he wants to end designing games.

But, what he never expected was that his final attempt would be sold 400,000 copies initially and a long list of sequels, spin-offs, and remastered releases in the years to come. Now, that’s what we call Final Decision of fate.

Metroid is a wholesome package of adventure and saga. But, this game shocked few people in the end as they realized that the space mission was indeed completed by a woman.

This was a small suggestion of one programmer of the game. And, when rest of the team agrees with it, then they never realized that this will became such a shocking revelation for players. So, go girls and rock the space like Ridley Scott a real inspiration of game. 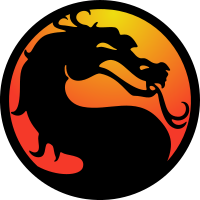 Mortal Kombat is not a mere fighting game, it is a legacy for the fighting world. The franchise holds the title of a Guinness World Record honor as “The Most Successful Fighting Game Franchise” of all time. This is the all-time favorite game of hardcore gamers.

But, the original game was designed to combine elements of Van Damme’s Universal Soldier and Bloodsport movies into a game that featured him fighting a variety of colorful villains. But, the deal with the Van Damme fall out and the team decides to independently work on it. We bet Van Damme must be regretting his decision daily.

Quite revealing right, so now it is time to observe these heavy weighted games secrets with some light weighted LearnCodeOnline fun. So, people relax your mind with Save The Smiley and Ninja Mission and come back here for more exciting posts.

I am a freelancer content writer, web developer and Video editor who loves to write technical stuff and on the other hand makes awesome videos as well. I like to make people happy with my writing and also try to make sure, you come back to read more.